Oakland, California-based green coffee company Royal Coffee is running a $10 raffle through which one lucky winner will receive a brand-spanking-new Aillio Bullet coffee roaster. All proceeds are going to Grounds for Health, the nonprofit focused on cervical cancer prevention and screening programs in places where coffee is grown. Details are available here.

Green coffee trading company Ally Coffee is opening an office in Melbourne, Australia, in order to engage more closely with the Oceania and Asia markets. Green coffees will be available for spot purchases in Australia, New Zealand and Singapore, according to the company, which was founded in 2013 and is part of the Montesaro Tavares Group.

Australian federal police this week discovered illegal drugs with an estimated street value of approximately $182 million AUD ($122 million USD) inside a shipment of coffee beans from Panama to Melbourne. The authorities are investigating the matter after x-rays discovered 200 kilograms of methamphetamine and six kilograms of cocaine in the shipment.

Following seven years of evaluation, the nonprofit World Coffee Research has identified four F1 hybrid coffee varieties that will move on to a new pre-commercial trial phase. The next phase will involve six more years of testing and evaluation prior to any potential widespread commercial availability of new high-quality and disease-resistant varieties. Read more about F1 hybrids here.

Umeko Motoyoshi, the founder of rainbow-colored cupping spoons and chopsticks maker Umeshiso Coffee Supply, has launched a Gofundme campaign to support the launch of a line of forks and knives while supporting Motoyoshi and their staff. As of this writing, the campaign had raised more than $4,200 towards a $45,000 goal.

A feature story from the Pulitzer Center last week is focused on the ongoing issue of aging in the coffee sector, with a particular focus on Colombia. The report leans largely on anecdotal evidence and first-person interviews with coffee farmers, farmworkers and younger Colombians who explain their disinterest in coffee farming. Here’s an excerpt:

Even coffee farm workers are leaving the plantations and migrating to other agricultural sectors in the region, such as the burgeoning avocado and citrus plantations (fueled by both global demand and a warming climate). According to several coffee farmers and their workers, these new plants tend to offer salaries equal to or greater than those of coffee plants and with less physical exertion.

The World Aeropress Championship has announced sponsorship commitments for the group’s 2022 competition season from oat milk maker Oatly and green coffee importer Cafe Imports. According to a WAC Instagram post, Cafe Imports will be hosting a trip for the WAC winner to the place from which the competition’s green coffee was sourced.

The Hoffmann Family of Companies — owned by the billionaire Hoffmann family and comprising dozens of companies in the real estate, hospitality and local media sectors — has signed an exclusive service and distribution deal with the JM Smucker Company. The deal includes more than 1,400 current direct-store-delivery (DSD) clients of Rowland Coffee Roasters. Smucker acquired Rowland in 2011. The deal includes the physical assets of Rowland’s DSD business and includes delivery of the brands Café Bustelo and Pilon. 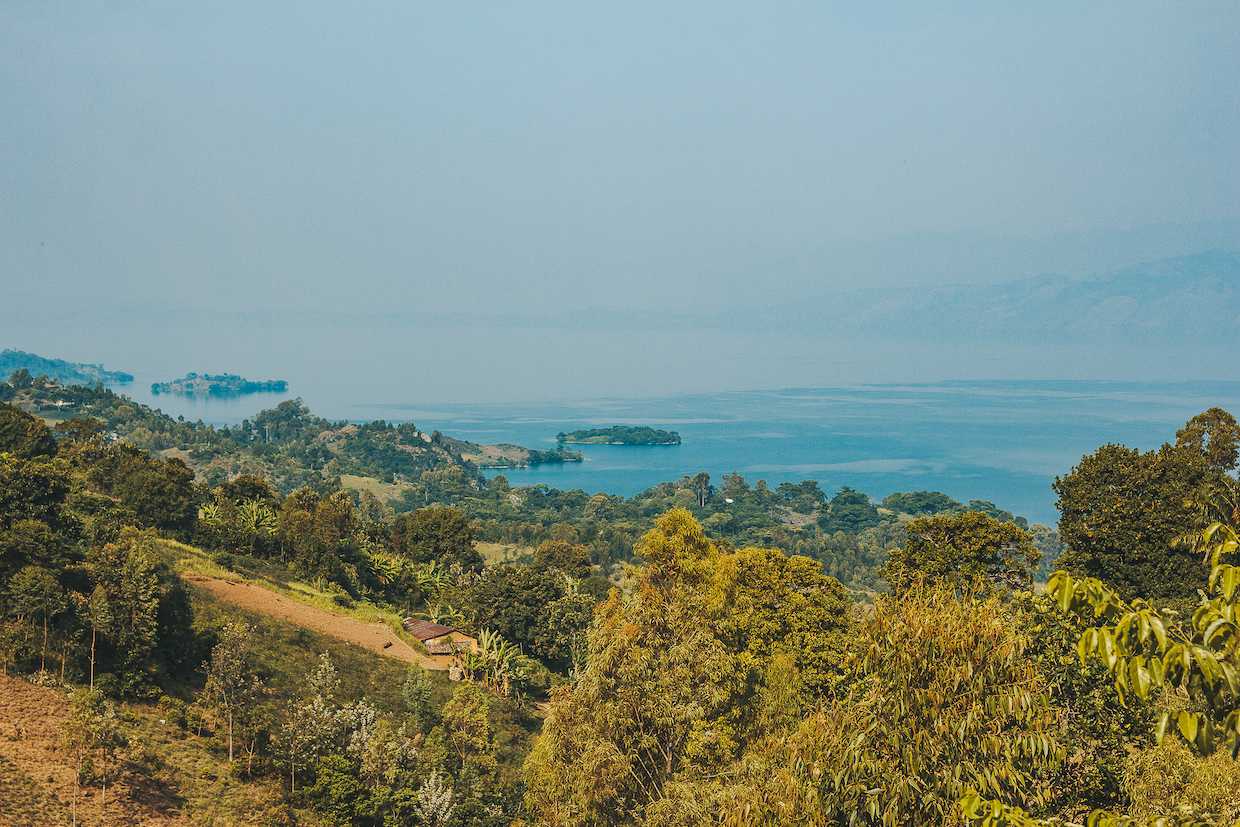 Coffee in Minova, on the shores of Lake Kivu. Photo by MNKF Creatives, courtesy of Mighty Peace Coffee.

While there are many moving pieces involved in getting coffee from one end of the supply stream to the other, I believe roasters occupying one of the most influential positions. It is their dollars, tastes and relationships that have an outsized impact on where the money flows… Read more

Designed for small business sustainability initiatives in the United States coffee industry, the grant program was launched last year with undisclosed award amounts going to seven different coffee companies, including names seen on these digital pages such as 1A Coffee in Vermont, Three Keys Coffee in Houston and Junior’s Roasted Coffee in Portland, Oregon… Read more

Following a concept created by two deeply experienced specialty coffee professionals, the roughly 275-square-foot shop gets right down to business with standing room only and an intense focus on single coffees done right… Read more

From Brazil, the Bravo IT Seeks a Grinding Ovation

As the world’s largest coffee-producing country, Brazil is naturally a hub of innovation regarding techniques and equipment for coffee’s cultivation, harvesting and post-harvest processing. Yet the tools for roasting and brewing coffee continue to come mainly from abroad… Read more